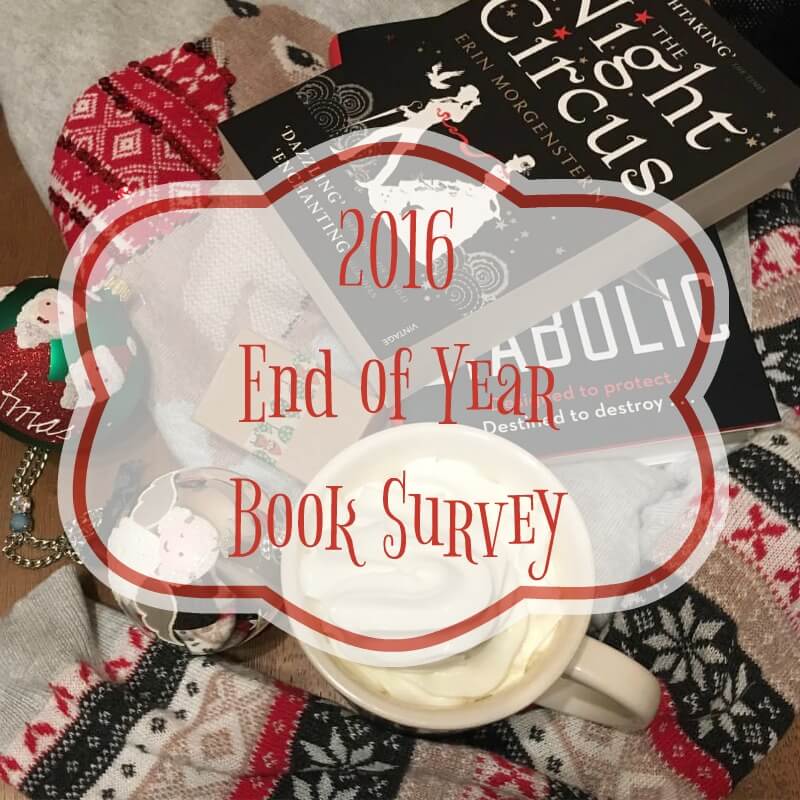 This will be my fourth year completing this survey (I am actually having trouble wrapping my head around this – I cannot believe I have been blogging that length of time).

2016 hasn’t been the best year what with all the celebrity deaths and turbulent goings on in the world. As for reading – well, this might just be the worst year I’ve ever had.

Regardless, there has been some great reading moments for me though I definitely struggled with both reading and blogging burnout this year. 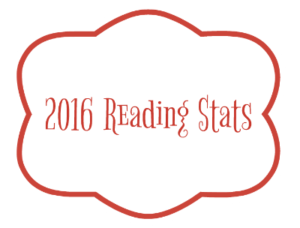 Number Of Books You Read: 17 (yikes!)
Number of Re-Reads: 4
Genre You Read The Most From: Fantasy 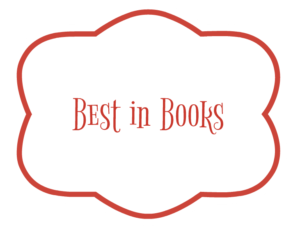 Would have to go with Fool’s Quest by Robin Hobb. This series is my absolute favourite fantasy series so it is a bit of a no-brainer for me. It was so good to see Fitz and the Fool back in action again after all these years.

2. Book You Were Excited About & Thought You Were Going To Love More But Didn’t?

Definitely Something Like Rain by Jay Bell. I love this series and the writing for the book is as fantastic as always, but I just cannot click with William at all. He beyond irritated the crap out of me when I was reading this book.

I was really looking forward to the book because I thought I might FINALLY like William (as getting to see each character’s POV has only made me adore them more) but I just find him boring and too much of a goody-two-shoes (with a massive martyr complex). Sorry (not sorry) William but you’re a big ‘ole dud.

3. Most surprising (in a good way or bad way) book you read?

The Late Great Me by Sandra Scoppettone. Although I had read books by this author when I was a teenager, some of these books are really hard to find so there was a few that I missed out on. I managed to happen across a copy of The Late Great Me and was amazed by how much I still love Scoppettone’s writing.

A book about a teen alcoholic didn’t sound all that promising (there is a history of alcoholism in my family so I tend not to feel much sympathy for those who become addicted to alcohol). This book really opened my eyes and made me realize how jaded and judgemental I had become.

4. Book You “Pushed” The Most People To Read (And They Did)?

I recommended The Winner’s Kiss trilogy by Marie Rutkoski to just about anyone who would listen and got a few friends to try it out (incidentally, they all loved it).

Best series started in 2016: Nowhere High by Jesse Maguire – this was actually the ONLY series I started and I haven’t been able to get my hands on the rest as these books have really gotten quite rare and hard to get ahold of. However, I am kicking myself for not having discovered this series earlier (as it was originally released in the 1990s) as it is just so darn good.

Best sequel of 2016: The Winner’s Crime by Marie Rutkoski was even better than the first book in the series. Marie Rutkoski really upped her game with the second book and this continued on into the third (and final book) too.

Best series ender of 2016: The Raven King by Maggie Stiefvater definitely gets my vote!!

The only ‘new’ author I discovered this year was Jesse Maguire who is actually a pseudonym of Sherwood Smith – whose books I have been meaning to read for ages!

7. Best book from a genre you don’t typically read/was out of your comfort zone?

I don’t tend to read many graphic novels, but I really enjoyed the first part of The Sandman series by Neil Gaiman and I will definitely be checking out the rest of the series.

8. Most action-packed/thrilling/unputdownable book of the year?

Crystal Storm by Morgan Rhodes most certainly fits the bill – this book was a rollercoaster from start to finish – I really don’t know how I will make it another full year for the next (and last *sob*) book in the series.

I’m planning to read Fool’s Quest by Robin Hobb again in preparation for the next book due out in Spring 2017. 😉

It’s got to be Crystal Storm by Morgan Rhodes since my favourite character (Magnus!!) is finally gracing the cover!

It’s pretty much a draw between Magnus from the Falling Kingdoms series or Ronan Lynch from The Raven Cycle series by Maggie Steifvater. I actually can’t choose… please don’t make me pick between my babies, pretty please? 😉

The Raven King by Maggie Stiefvater – the writing is just lyrical and lovely as always.

Without a shadow of a doubt, The Late Great Me by Sandra Scoppettone. See number 3 for reasons why.

Fool’s Quest by Robin Hobb – now this book was only actually out in 2015 but considering how long I was waiting for the second book (and how long a wait it has been for this series in general) I cannot believe it took me as long as it did to read it. Reading slumps absolutely suck. 🙁

“FitzChivalry Farseer, too long have you sojourned among the Elderlings, your memory spurned by the very people you saved. Too long have you been in a place where the months pass as if days. Too long have you walked among us in false guise, deprived of your name and your honor. Rise. Turn and face the folk of the Six Duchies, your folk, and be welcomed home at last.”
― Robin Hobb, Fool’s Quest

Fitz finally getting the recognition he so justly deserves – it has been a LONG time coming!!

Shortest: Don’t Blame the Music by Caroline B. Cooney @ 172 pages

17. Book That Shocked You The Most

Crystal Storm by Morgan Rhodes – this series is full of twists and turns and it ended on a nasty cliffhanger!

Again, I’m torn between Magneo (Magnus x Cleo from Falling Kingdoms), Pynch (Ronan Lynch x Adam Parrish from the Raven Cycle), or my beloved Fitz/the Fool (from Robin Hobb’s Realm of the Elderlings series) who are not actually a couple… at least, not yet (hey, a girl can dream!). Screw it, I’m going down with this ship – Fitz and the Fool all the way!!

19. Favorite Non-Romantic Relationship Of The Year

Fitz and the Fool mainly because their bond is not overtly romantic (no matter how much my shipper heart longs for it).

20. Favorite Book You Read in 2016 From An Author You’ve Read Previously

I’m beginning to sound like a broken record here, but Fool’s Quest!

21. Best Book You Read In 2016 That You Read Based SOLELY On A Recommendation From Somebody Else/Peer Pressure

The Sandman by Neil Gaiman – a friend of mine from work basically forced me into reading this lol. I’m very glad I did though!!

Ronan Lynch – the boy just tugged on my heartstrings so much and demanded to be my new favourite!

I have read a whole 0 debuts this year (I feel so bad about this too). 🙁

Fool’s Quest by Robin Hobb – I want to LIVE in this world – it is second only to Middle-Earth for me.

25. Book That Put A Smile On Your Face/Was The Most FUN To Read?

That would have to be The Raven King by Maggie Stiefvater. Although, in general, I think the author feeds on reader tears (so much beautiful angst!!) there were several moments I was pretty much fist-pumping into the air (Pynch kiss!!) and smiling so wide I thought my face would split open.

The Late Great Me by Sandra Scoppettone – this book was like a literal punch in the gut. It was so emotionally resonant and compelling.

The Late Great Me by Sandra Scoppettone – again for all the reasons above.

28. Book That Crushed Your Soul?

This one was a re-read but I first read it so long ago it was like it was new again all over: Trying Hard To Hear You by Sandra Scoppettone. It’s sad how relevant the subject matter still is – it would be amazing if homophobia was a thing of the past, relegated to old classics such as this.

Still, the message in this book still rings out very true today – it is important, especially in these trying times, to be accepting or if you cannot be that, then at least tolerant of other people’s differences.

The Sandman by Neil Gaiman – it was like nothing else I have ever read before. Period.

30. Book That Made You The Most Mad (doesn’t necessarily mean you didn’t like it)?

Trying Hard To Hear You by Sandra Scoppettone. Again, I just wish that we as a society had moved on more from when this book was written (1970s). There have been some steps taken, but still it doesn’t seem like enough has changed unfortunately. 🙁 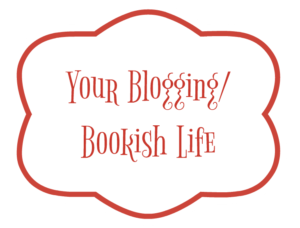 I happened across Finding Wonderland this year and I’ve made a point to visit regularly ever since! I love the content (obviously!) but I am also very inspired by the design elements as well. Rissi also seems like an all-round awesome person too. 🙂

Lol, I think you mean the whole one review I wrote this year! *hangs head in shame*

Not done too many of these this year but I do rather like the one I wrote about Blogging vs Bookstagram and Booktube (link here).

I didn’t really take part in any events this year apart from memes and photo challenges on Bookstagram. Photo challenges have been a lot of fun though.

6. Most challenging thing about blogging or your reading life this year?

I have had a major dose of blogger burnout this year. It has been very challenging. Even before when the dreaded reading slump hit me, I could still enthuse about books and blog about them. It has been really awful trying to blog while feeling like this. 🙁

7. Most Popular Post This Year On Your Blog (whether it be by comments or views)?

My unboxing posts have gotten rather a lot of views, particularly the one I did for Prudence and the Crow, a vintage bookish subscription box I signed up for. Which reminds me, I am actually way, way behind on my unboxings…

Honestly, probably my review for The Late Great Me. This book had such a profound effect on me.

Again, I’m going to go with photo challenges on Bookstagram. I have had a lot of fun with this and it has definitely improved my photo-taking skills.

10.  Did you complete any reading challenges or goals that you had set for yourself at the beginning of this year? 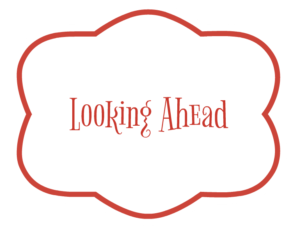 A Court of Mist and Fury by Sarah J. Maas. I so need to read this!!

Flame in the Mist by Renee Ahdieh – I really cannot wait for this!!

Caraval by Stephanie Garber – this looks so good!

4. Series Ending/A Sequel You Are Most Anticipating in 2017?

The last book in the Falling Kingdoms saga (which is just ‘Untitled‘ for now).

5. One Thing You Hope To Accomplish Or Do In Your Reading/Blogging Life In 2017?

Easy – read more books!! I’ve got a cheek to call myself a book blogger this year. 😉

The only 2017 release I actually have is Frostblood by Elly Blake – but I do recommend it!

« Books I Would Love From Santa
Stacking the Shelves #99 »