(two books I think would make an epic story if combined)

This is an extremely mind-boggling topic because though I often think when reading books how well certain plots or characters would go together, I’ve never really thought that I could mash (or smush, if you prefer) books together. So this topic is definitely not without its own challenges!

To make it even more difficult (because I’m a masochist that way!) I’ve decided to only include books I’ve read this year (and re-reads don’t count). I’m also thinking more crossover rather than cobbling bits of two stories together. This could either prove interesting or go very, very wrong…

Now, I’m pretty much of the opinion that most of these books are perfect just as they are. However, that doesn’t mean a little shake-up or parallel AU wouldn’t be interesting.

Buckle up kids, you’re in for a bumpy ride…. 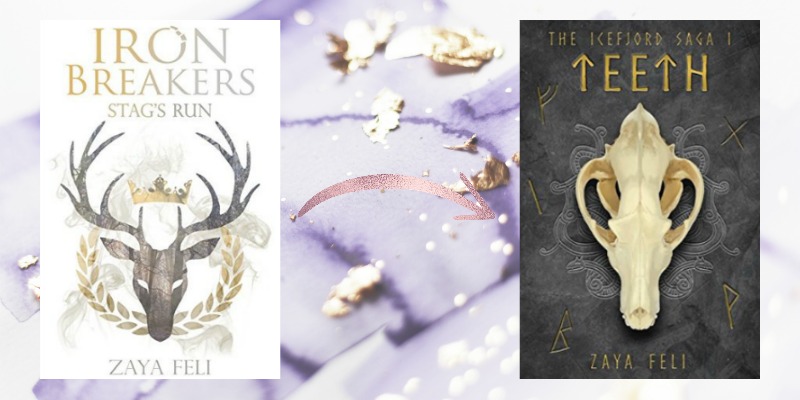 This ones a bit of a cheat since they are both by the same author (though not set in the same world). Still, I would really like Ren and Anik from the ‘Iron Breakers’ series to meet up with Isa, Rakkian and Karel from the ‘Icefjord’ saga. I could see Isa and Anik getting along really well (both relatively stoic but hiding a secret playful side) and Ren and Rakkian are both just sweet cinnamon rolls – too pure for either world.

2. In Other Lands meets Carry On 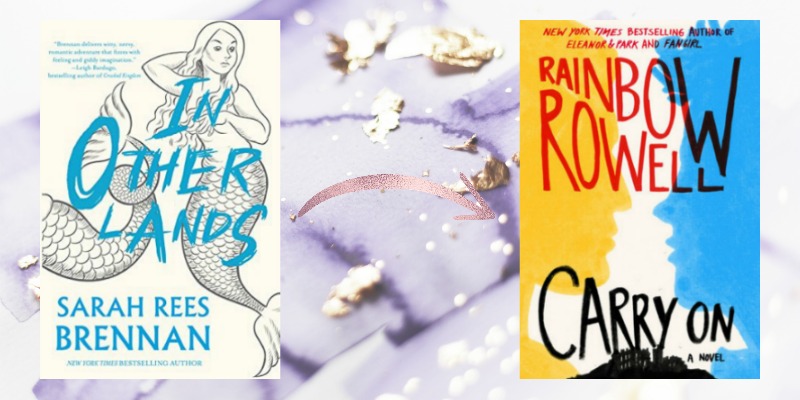 OMG, could you imagine how fed up with Elliot Baz would get?? It would be totally hilarious! He thinks Simon Snow is challenging but he hasn’t yet met one Elliot Schafer! I could see Luke and Simon having a nice and easy banter and Penny and Serene would be two awesome ladies sassing it up! The settings have a few similarities (being a blend of contemporary and fantasy) and I think that it would be a great crossover. 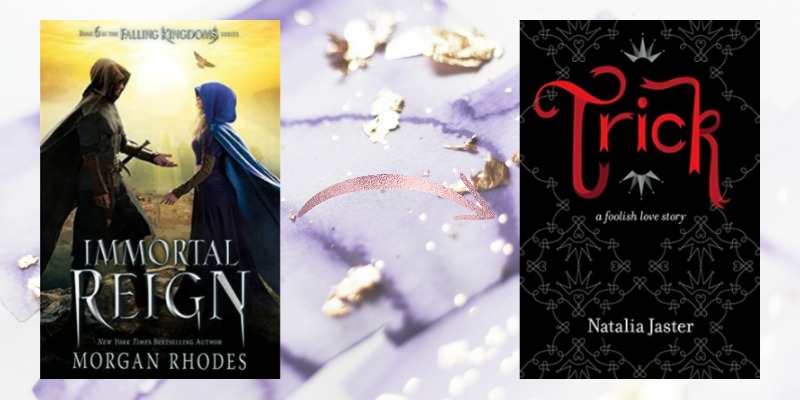 See what I did there? 😉 In all seriousness though, could you imagine these two worlds colliding? It would be awesomeness personified! Poet trading barbs with Magnus? Cleo and Briar discussing loving difficult men? Could you picture it? ‘Cause I sure can!!

4. A Court of Thorns and Roses meets The Folk of the Air 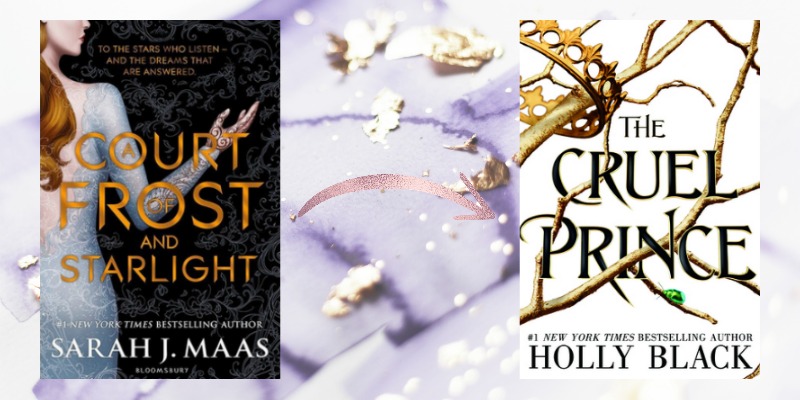 This would be an epic mash up! Rhysand and Cardan in the same book? *fans self* They could fight over who is the best Fae. Jude could swap stories with Feyre about battles and becoming Fae. They could argue over who has the worst sisters (not Vivi – she’s awesome!!) I think Feyre and Jude would get along just fine but Rhys and Cardan – well, there might be fireworks!! At least Rhys could give pointers to Cardan about how to treat a young women he is crushing on… 😉

5. The Lightning Struck Heart meets Lord of the White Hell 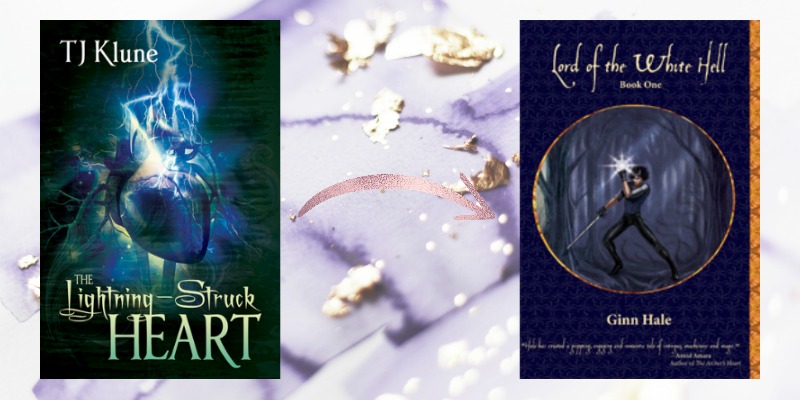 Kiram and Javier and Sam and Ryan would make a mighty fine foursome (not in that way!) Javier and Sam could trade tales about their abilities setting them apart from everyone else. Kiram and Ryan could commiserate on how they cope with being the Significant Others of such special men. It could work!!

6. A Boy Worth Knowing meets A Light Amongst Shadows’ 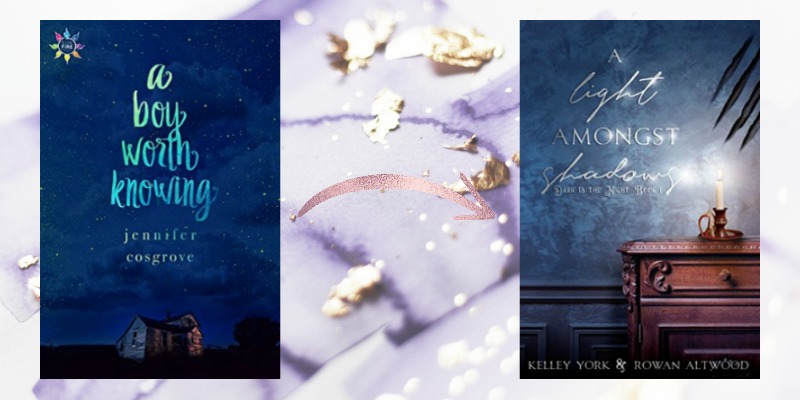 James and William look set to become fully-fledged ghost hunters at the end of ‘A Light Amongst Shadows’ and since Nate from ‘A Boy Worth Knowing’ can talk to ghosts… it seems like a match made in… well, the afterlife! 😉 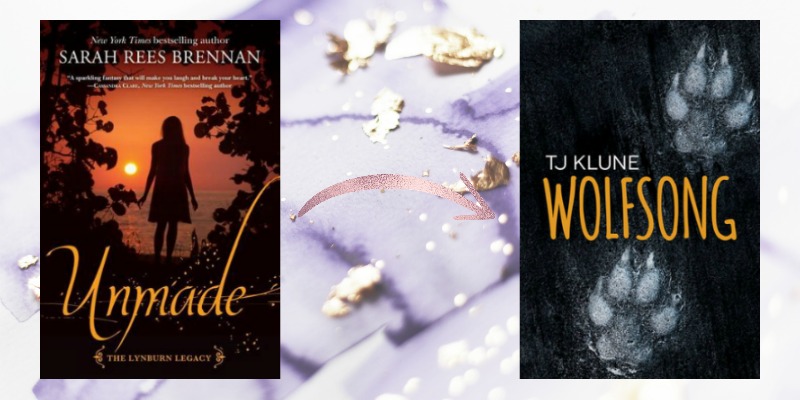 Both books are set in quaint little towns with various supernatural shenanigans going on. I always thought ‘The Lynburn Legacy’ could use a few werewolves (it has plenty of witches) and the pack in ‘Wolfsong’ would fit right in with the gang!

8. Little Boy Lost meets All For the Game 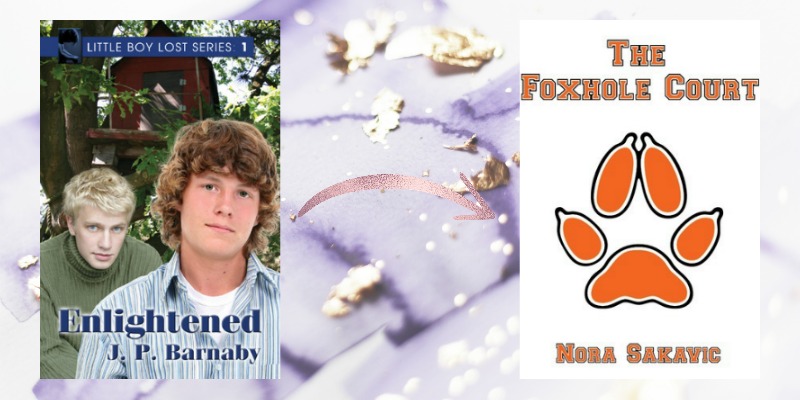 I figure Andrew Minyard and Jamie Mayfield could compare troubled pasts like that scene in Jaws when the two men in the boat compare battle scars (come to think of it, maybe Neil and Jamie would be best suited for this??) Either way, it works for me! I saw some fanart of Andrew that actually brought to mind Jamie which is what made me think that these two series would mesh (or mash!) well.

9. More Than We Can Tell meets Autoboyography 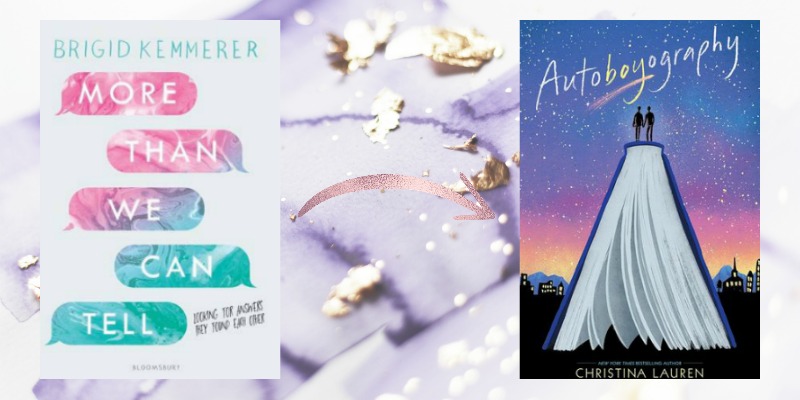 The stories are not that similar but I think these two books would work as a mash up. Rev and Sebastian could talk to each other about their respective faiths. The end of ‘Autoboyography’ did leave it a bit open-ended as to how Sebastian feels about his faith (don’t want to say too much for fear of spoilers). I also think Tanner would get along with Emma (as friends obvs!)

10. His Truth meets Light Up The Dark 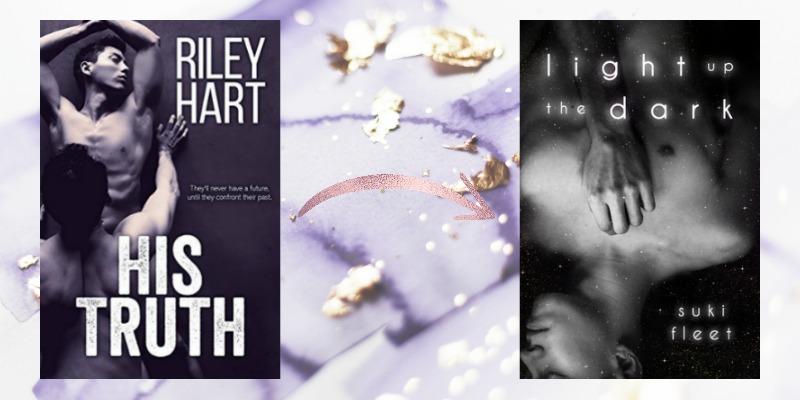 Roman from ‘His Truth’ and Nicky from ‘Light Up the Dark’ both have abuse in their pasts and could probably benefit from each other as a support group. Leo and Cai are their counterpoints – the light that came into each of their worlds. I think the two of them would probably make great friends as well. 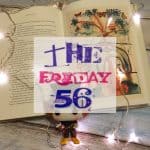 The Friday 56: Aristotle and Dante…
Stacking the Shelves: Week 22