Hello and welcome to another edition of Brin’s Book Buzz! It’s now December and Christmas is just around the corner. There are some awesome book releases this month and you can bet some of them are on my Christmas wishlist.

I normally love the build-up to Christmas but I am struggling with it a bit this year. I am trying my best to get into the holiday spirit but it is really difficult. Normally I am really into buying presents and decorating the and all that jazz but really lacking the motivation right now.

There are some amazing books coming out this month which does help a little bit (the above gif really does sum up how I am feeling about the rest of it all lol). 😛

Here are my picks for December:

Prince Magnus has just witnessed torture, death, and miracles during the bloody confrontation that decimated the rebel forces. Now he must choose between family and justice as his father, the cruel King Gaius, sets out to conquer all of Mytica. All Gaius needs now are the Kindred – the four elemental crystals that give godlike powers to their owner. But the King of Blood is not the only one hunting for this ancient, storied magic…

• THE KRAESHIANS join the hunt. Ashur and Amara, the royal siblings from the wealthy kingdom across the Silver Sea, charm and manipulate their way to the Kindred, proving to be more ruthless than perhaps even the King of Blood himself.

• THE REBELS forge ahead. Princess Cleo and vengeful Jonas lead them, slaying with sweetness, skill, and a secret that can control Lucia’s overpowering magic – all so they can use the Kindred to win back their fallen kingdoms.

• THE WATCHERS follow Melenia out of the Sanctuary. They ally in the flesh with King Gaius, who vows to use Lucia’s powers to unveil the Kindred.

The only certainty in the dark times is that whoever finds the magic first will control the fate of Mytica… but fate can be fickle when magic is involved.

I have read and enjoyed the both the first and second book in this series so I am really looking forward to reading book number three! It is a bit Game of Thrones-lite but it is still an enjoyable series (and I am really intrigued by Magnus).

“There’s something hidden in the Maze.” Seventeen-year-old Imogen has never forgotten the last words her father said to her seven years ago, before the blazing fire that consumed him, her mother, and the gardens of her family’s English country manor.

Haunted by her parents’ deaths, Imogen moves to New York City with her new guardians. But when a letter arrives with the news of her cousin’s untimely death, revealing that Imogen is now the only heir left to run the estate, she returns to England and warily accepts her role as duchess.

All is not as it seems at Rockford, and Imogen quickly learns that dark secrets lurk behind the mansion’s aristocratic exterior, hinting that the spate of deaths in her family were no accident. And at the center of the mystery is Imogen herself–and Sebastian, the childhood friend she has secretly loved for years. Just what has Imogen walked into?

Combining a fresh twist on the classic REBECCA with a spine-tingling mystery and powerful romance, SUSPICION is an action-packed thrill ride.

This has a really interesting premise – and on a shallow note I really love the cover! I haven’t heard much about it but I am definitely intrigued and will be seeking this out as soon as I possibly can.

Alessia Jacobs is a typical sixteen-year-old, dying to get out of her small town of Twin Willows, Maine. Things look up when a new family comes to town, but when she falls for the hot, mysterious son, Jonah, her life turns upside down.

Weird visions of transforming into an otherworldly falcon are just the beginning. Soon she learns she’s part of the Benandanti, an ancient cult of warriors with the unique power to separate their souls from their bodies and take on the forms of magnificent animals.

Alessia never would’ve suspected it, but her boring town is the site of an epic struggle between the Benandanti and the Malandanti to control powerful magic in the surrounding forest.

As Alessia is drawn into the Benandanti’s mission, her relationship with Jonah intensifies. When her two worlds collide, Alessia’s forced to weigh choices a sixteen-year-old should never have to make.

This looks different! I think this could be either really great… or truly terrible. I am definitely willing to give it a shot to find out for sure.

Princess of Thorns by Stacey Jay

Game of Thrones meets the Grimm’s fairy tales in this twisted, fast-paced romantic fantasy-adventure about Sleeping Beauty’s daughter, a warrior princess who must fight to reclaim her throne.

Though she looks like a mere mortal, Princess Aurora is a fairy blessed with enhanced strength, bravery, and mercy yet cursed to destroy the free will of any male who kisses her. Disguised as a boy, she enlists the help of the handsome but also cursed Prince Niklaas to fight legions of evil and free her brother from the ogre queen who stole Aurora’s throne ten years ago.

Will Aurora triumph over evil and reach her brother before it’s too late? Can Aurora and Niklaas break the curses that will otherwise forever keep them from finding their one true love?

I love fairy tale retellings so this book should be right up my street! It looks like a really interesting story and I will definitely  be checking it out. 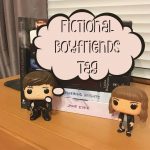