I have been meaning to write this review for ages (ever since I finished the game last month, in fact!) but haven’t found the time. Sitting at home on a Saturday night (since I have no life clearly, and actually by the time I finish this it will actually better very early Sunday morning!) seems like the perfect time.

To clarify, this game is one I have been waiting on for years, ever since I finished the (slightly) disappointing Dragon Age 2 in 2011. I am not hating on DA2, I actually really love the game – and its story and characters – but after the magnificence of Dragon Age: Origins, DA2 did come out looking like the poor relation.

It was only in development for about 18 months – and it shows. Split into three acts, only the first part felt like it had a lot of substance, the second and particularly the third acts felt pretty rushed. The re-used environments and the empty Kirkwall streets really did make it feel lacking, especially in comparison to its predecessor.

Dragon Age: Inquisition therefore had a lot of weight on its shoulders. Not only did it need to live up to Dragon Age: Origins, one of the finest (at least in my estimation) RPGs of all time, it also had to win over the many fans who were disappointed with the second game in the series – a hefty task indeed.

Did I love this game? A hearty YES! Was it the follow-up I was hoping for? Not exactly. Let me try to explain. There was so many amazing things about this game I would be hard pressed to try to list them all. The story itself was fantastic. This is really BioWare’s greatest strength. I have always loved their storytelling.

I became a fan after playing Star Wars: Knights of the Old Republic way back in 2003. I eagerly sought out their previous games and waited for the next masterpiece to be released. I was disappointed that they had no part in the sequel to KOTOR but I thoroughly enjoyed Jade Empire. Mass Effect was a revelation.

Then came Dragon Age: Origins – a masterclass of a game. This was the game for me – the life-changing one – that all other games needed to live up to. Perhaps this game will continue to overshadow every other RPG for me. I had hoped that DA: Inquisition might eclipse this but sadly this did not happen. Don’t get me wrong – it is an amazing game and it is one I can foresee myself playing for many, many years to come. But it doesn’t quite beat Dragon Age: Origins for me. 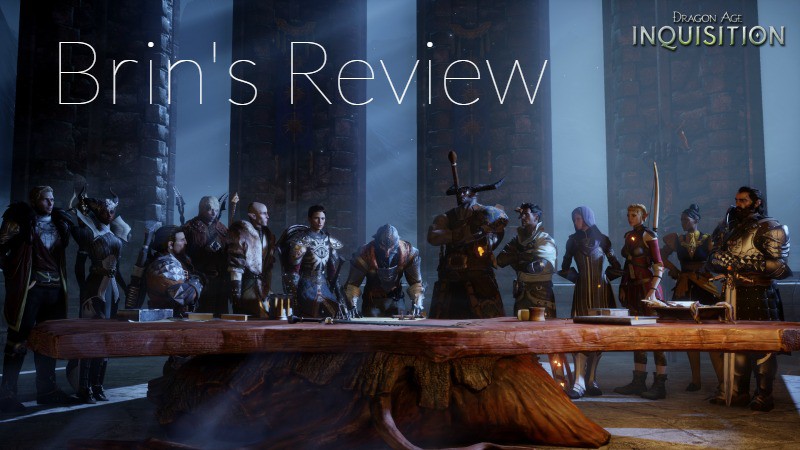 Top class as always. The story in this game was the very definition of epic. There was a real sense of menace, particularly in the opening segments of the game that really made me feel tense and uneasy. There were plenty of twists and turns (although I did get spoiled over a few key plot elements – damn my curiosity!) that really kept the player guessing. The Inquisition – having to bring all the different factions together to defeat an enemy intent on destroying the world wasn’t a new storyline for an RPG (or for a BioWare game for that matter) but it was tremendously exciting and rewarding.

It really was an intense gaming experience – I spent many hours in this world completely enraptured by the overarching plot but also all the little things that came together to make this a distinctly unique experience. I also adored Skyhold – the fortress that becomes the main headquarters for the Inquisition.

I had so much fun with this! I spent hours creating weapons and armour for every character. It was definitely one of the best new things they added into this game.

BioWare has always succeeded in creating some of the finest characters known to video games. The interaction between the playable character and the companions has always been the biggest highlight in these games for me. You know with a BioWare game that you will be getting a whole host of awesome characters that you will come to love (or hate). Their games have a level of interactivity that just isn’t there in most other game franchises.

Here are a few of the standout characters in this game: 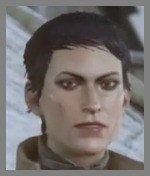 Cassandra Pentaghast: one of the founders of the Inquisition and a Seeker of the Chantry – I really didn’t expect to love her character as much as I did. Known primarily for being the one to interogate Varric during Dragon Age 2, I thought she would be a cold and unlikable character. Boy was I wrong. Hiding a much softer, romantic side (our Cassie is a fan of Varric’s Swords and Shields series) she was a character I ended up really respecting and she and my Inquisitor became the very best of friends. 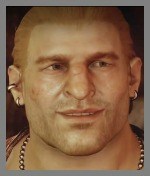 Varric Tethras: teller of tall tales and all-round rapscallion, Varric was a returning companion from Dragon Age 2. I liked his character in the second game but I developed a much deeper appreciation for him in this one. I like the slightly more bitter edge he displayed (which only gets worse if you let a certain event happen – but I am not going to say anymore because, hello, spoilers). 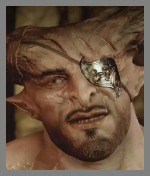 Iron Bull: everything that came out of this character’s mouth was pure comedy gold. I actually had no real expectations for Iron Bull but I ended up loving the ever-loving hell out of him – what a guy! He was my drinking buddy and friend throughout the whole game. 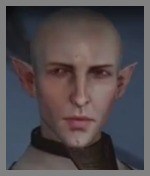 Solas: a mysterious elf (not to be confused with MEG – that is, mysterious elf guy – i.e. Fenris in DA2). Solas was a bit of a question mark the whole way through the game. His character’s motivations were not clear and I never quite knew what was going on with him or why he was helping the Inquisition. Still, I adored the character. 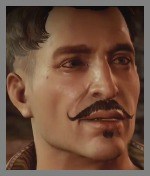 Dorian Pavus: ah Dorian how I love thee! I really ended up adoring Dorian (although to be fair, I always had a sneaking suspicion that I would). He was snarky and witty and charming – and bloody well knew it too! 😉 Dorian was the first character my Inquisitor befriended – he really was her GBF! His back story was completely tragic and heart-breaking too. 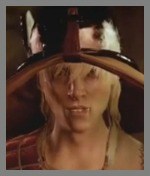 Cole: I adored Cole – he was my sweet baby who I just wanted to wrap up in a big hug! I had a feeling I was going to really end up wanting to be a big sister to Cole and that is exactly what happened. He was just too precious for words – he was a really heart-breaking character who gave me all the feels. 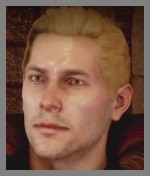 Cullen Rutherford: last but certainly not least – Cullen!! If you have been following my blog you may have seen me mention this character a time or two (or six or seven). Cullen has been in all three of the Dragon Age games now and although he was an adviser as compared to being a companion (which I admit, I was a little disappointed about) he got a ton of screen-time and was my first Inquisitor’s love interest (and probably every other Inquisitor I create as well – what can I say). I was so happy he was being included in this game and was finally (FINALLY!!!!) a love interest. I certainly was not disappointed. His character arc was even better than I could ever have hoped.

These are just a few of the standout characters – I actually ended up enjoying all of the main characters even the ones I disliked, for example Vivienne (my Inquisitor and Viv did not get on at all) I didn’t like her but I still thought she was a great character.

The game would not be complete without dragons! I thought the dragons in this game were beautifully crafted – they were absolutely stunning so much so that I hated having to kill them (but I really wanted that loot). 😉

What I didn’t love

The ending was very anti-climatic. I finished the final fight and was like ‘is that it?!?’ – it was over too quickly and I took out the final boss with little to no trouble at all. The mid-game fight at Haven was so much better than the lead up to the ending fight and the actual fight itself. I also kept expecting Skyhold to be attacked at some point – and was disappointed when it just didn’t happen (especially when the Devs majorly hinted that this was going to happen pre-release).

Now just to qualify, I actually love open-world games and really enjoyed this aspect being added into this game… at first. But there were just a few too many areas with not enough story going on. I really hoped there wouldn’t be too many ‘fetch’ quests but there was a little bit too much of this for my liking. I spent hours (like, a lot of hours) just wandering around and it got a little old. Especially when you would get back to your base and the characters would say… well, nothing.

The lack of interactions between characters:

There wasn’t a lot of conversation between companions, period. I believe there was a bug stopping some of the banters from triggering but even so the areas were so dense, the conversations dried up real quick. I missed talking to my companions/advisors and it would be disappointing returning from a ten-hour stint in the Hinterlands or the Hissing Wastes (yup – some areas were ginormous) and nobody would speak to me. 🙁 Compared to previous games, there probably was the same amount of dialogue but because it would be so spread out it felt a little lonely at times.

OMG – the hair selections for your playable character looked like Lego character hair! After hearing so much about the Frostbite engine I was expecting to be able to have long, flowing, glorious locks – but the hair wasn’t even as good as Dragon Age 2!!

Overall, this was an impressive game. The graphic were stunning, the characters were top-notch and the storyline was, as standard for a BioWare game, excellent. However, it was far from being a perfect game. Some glitches almost rendered the game unplayable at times (although that is to be expected when you play a game right at release before they can patch up anything that has slipped through the net) and I was a little disappointed that some of the things I was looking forward to seem to have been left on the cutting room floor.

I really was looking forward to our choices reflecting the state of the keeps we capture, whether they would be more military in nature if you favoured Cullen’s advice or more espionage-orientated if you agreed with Leliana more, for example. There also seems to have been a lot more cut (check out this article for some more information on this).

For the most part though Dragon Age: Inquisition was a fantastic game, a worthy entry in the Dragon Age saga, and definitely more in line with DA: Origins overall. I thoroughly enjoyed it and I am looking forward to any DLC that may be released (hopefully soon, pretty please BioWare??!) in the near future. 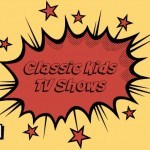 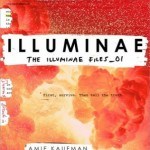 « Stacking the Shelves #54
Romance: Top Ten Things I Like / Dislike »