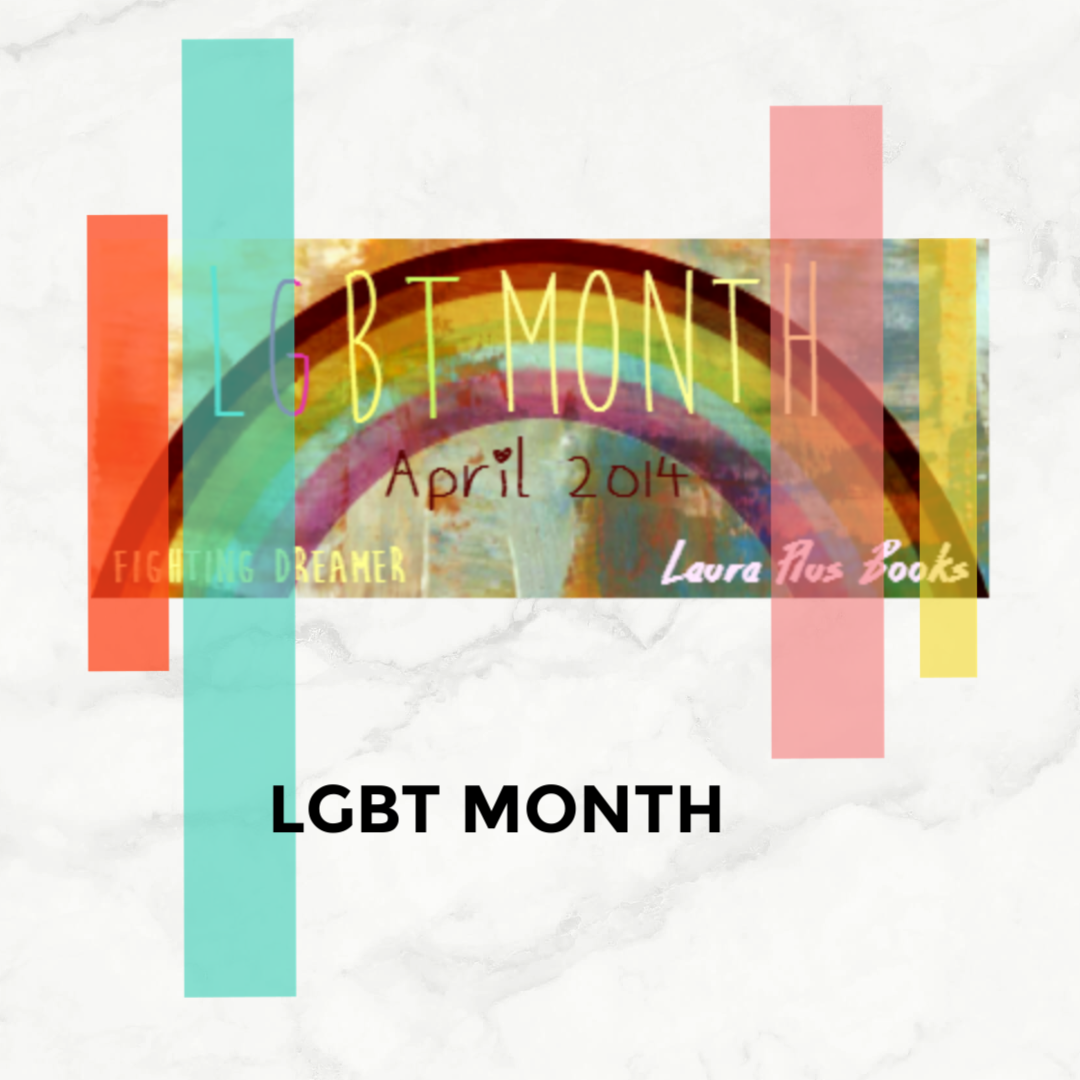 My last post LGBT Favourites: Part 1 detailed some of my all-time favourite LGBT books. As part of LGBT Month (an event hosted by Cayce at Fighting Dreamer and Laura at Laura Plus Books) I wanted to highlight some of the amazing authors/books I read in the last year that really affected me. Some of these books have pride of place in my all-time favourite reads. I wanted to share them with you.

I have only included Young Adult and New Adult titles (though some cover a longer period of time) in this list. I have already covered the Seasons series by Jay Bell, Survivor stories by J. P. Barnaby, Hannah Moskowitz’s Gone, Gone, Gone and Teeth, and the Gives Light series by Rose Christo. Here are more of my favourite LGBT books/authors.

Favourite LGBT: Hushed, Suicide Watch and Made of Stars by Kelley York

I adore Kelley York’s writing. I was hooked the instant I started reading Hushed, a twisted tale of a boy and a girl who have grown up together and now continue to orbit around each other. Archer and Vivian have been friends since they were children and Archer has always loved and tried to protect Vivian.

Vivian is deeply damaged by previous traumatic events and has Archer on a string, dancing to her every whim. It is not until Archer meets and falls for Evan that he realizes just how toxic his relationship with Vivian is. He starts to regret all the actions he has taken to keep her safe. The books was chocked full of damaged, messed-up characters but was such an intriguing story that I couldn’t help but be drawn in. I felt for every character, no matter how horrific some of their actions were. I also liked the fact that although Archer had always loved Vivian, he was not in the least bit bothered by the fact he became attracted to another guy.

Suicide Watch is my favorite Kelley York novel. I was completely and utterly captivated by this sad, heart-breaking but ultimately hopeful story. Vincent is a young man for whom live has not been easy. Living with his foster mother Maggie has been the only bright spot in his life. When Maggie dies unexpectedly, the bottom falls out of Vincent’s world. Seeking comfort and understanding, he turns to a suicide website . He soon connects with Casper (a young girl who has cancer) and Adam, a fellow loner who feels neglected by his family.

Having friends finally gives Vincent something to live for but it seems as though he will lose them both just as quickly. Casper is dying and Adam is a deeply troubled young man with very little to live for. Vincent wants to be there for Adam and Casper but will his efforts be enough? I love this book. Anything I say here cannot possibly do it justice. I loved Vincent, Adam and Casper so much – they really stole my heart. I lived with them, hurt with them, cried with them, and eventually cheered for them. Just a wonderful story (and Vincent and Adam make such a lovely couple!)

Made of Stars is Kelley York’s latest novel and although I didn’t enjoy it quite as much as Suicide Watch, I still really loved it. It is the story of a pair of siblings called Hunter and Ashlin and their relationship with a boy called Chance. Both Hunter and Ashlin are the main POV’s but this is really Chance’s story. Hunter and Ashlin only see Chance when they stay with their cop father during the summer months. After their father was injured in the line of duty, Hunter and Ashlin did not go to stay with him for the summer before senior year as they usually did.

Upon finishing high school, they both decide to take some time out and spend it with their father to help him recuperate. They also want to try and reconnect with Chance. But the boy they both fell for, who told them such wonderfully fancy stories of his wonderful home and parents, seems to have been lying to them.

Chance is a broken boy who comes from a violent home. Both of the siblings feel let down but Chance is still so charming and lovable they cannot help but forgive him. What neither Hunter or Ashlin know is that Chance hides a deeper secret – one which threatens to rip them apart for good.

I really loved Made of Stars but was left a little bit frustrated at times. Chance is really the one the story centres on but you don’t get to see inside his head to know his thoughts and feelings. Still, it was fanatsic story even though I was left wanting more!

I am a huge fantasy fan so when I heard there was a new fantasy series witth an intersex character – I just had to read it! This series (thus far) is fantastic and definitely a contender for one of my favourite LGBT series.

Pantomime introduces us to Micah Gray, a young runaway who joins the circus to escape from a troublesome past. What the circus dwellers don’t know is that Micah is really Iphigenia (Gene) Laurus – a noble-born girl who has recently disappeared. Gene had a secret that was kept from her peers although known to her family. She was neither truly male or female – being a true blend of both genders.

Gene becomes Micah and takes on the guise of a boy to help evade those who are seeking him. Micah meets and falls for Aenea, an aerialist with the circus, but is also drawn to Drystan, one of the clowns. I loved the characters in this. Micah/Gene was such a well-drawn character who you couldn’t help but relate to and root for. Equally fantastic was Gene’s brother Cyril and Drystan, the white clown with many secrets.

Shadowplay follows on from where Pantomime ended, with Micah and Drystan on the run. They seek refuge with an old friend of Drystan’s, the washed-up magician Jasper Maske, who lives in the rundown Kymri theatre (something like a vaudeville theatre), unable to perform magic anymore due to a bet he lost with an old rival (who now flourishes since his opponant has been banished from the art).

As much as I enjoyed the circus setting in the last book, I have to say I enjoyed this setting even more. I am fascinated by magical theatre and this book delivered this and then some. It introduced even more great characters like Maske and another new character Cyan whom I also loved – she was just so intriguing and dynamic! Micah, Drystan, and Cyan become Maske’s helpers and he begins to teach them the trade of performance magic of which they are all adept at.

The stakes become even higher and Micah discovers even more about his mysterious past and the role he is destined to play in shaping the future of their world. There is a hint that everything that is happening has perhaps happened before. It provides an interesting twist on what was already a genuinely novel and exciting fantasy world. I cannot wait for the next book in the series!

Favourite LGBT: Aristotle and Dante Discover the Secrets of the Universe by Benjamin Alire Sáenz

I only read this book for the first time a few months ago but already it has become one of my favourites. I know it will be re-read many, many times. This is the story of two boys, Ari and Dante, who meet and form a beautiful friendship over the span of a summer. Both boys are loners but where Dante is upbeat and open, Ari is quiet and withdrawn. Where Dante is full of light, Ari harbors a rage inside him that often threatens to burst free.

Yet although they appear on the outside to have nothing in common, the two of them develop a close bond. This is compounded when Ari realizes that Dante is gay. Ari is accepting of this aspect of his friend. But are his own feelings for Dante more than just those of friendship?

This is a true coming-of-age story in every sense of the word. Ari has to do a lot of soul-searching and growing up over the course of the novel. What I loved most about this book was the very ordinariness of it all. These two boys and their families feel like real people with real problems and worries. The writing was beautifully simple yet deceptively deep and reflective. It was a very moving story and will likely be a top contender for my favourite read of this year.

Well that’s the second part of my favourite LGBT books. There are more to come so watch out for my next post… 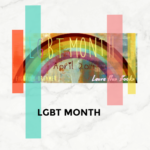 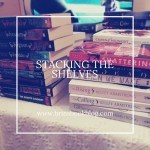