In awe after seeing Frankenstein…

I just got back home from watching Jonny Lee Miller and Benedict Cumberbatch act the hell out of playing Victor Frankenstein and the Creature respectively. What an incredible performance – both were absolutely mesmerizing in their roles (though I have to say I was especially captivated by Cumberbatch’s Creature – you feel both sympathy for him and ultimately horror at what he becomes).

This stage version of Frankenstein directed by Danny Boyle was originally broadcast in cinemas on 17 March and 19 March 2011. It is now on its third encore screening (just in time for Halloween). My fiancé surprised me with tickets about 2 months ago and then I promptly persuaded him to get tickets for the second screening as well!

The next screening is on Tuesday so I am looking forward to seeing Jonny Lee Miller’s take on the Creature. It will be interesting to see the two leads switch off roles (for science of course – nothing to do with drooling over Benedict Cumberbatch or anything). 😉

It really was an entertaining and worthwhile experience. I thoroughly enjoyed it.

Waiting on Wednesday: The Raven King 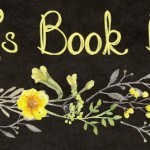 Just For Fun: Can I Guess What Style of

« Waiting on Wednesday: Court of Thorns and Roses
Trick or Treat! Vintage YA Recommendations #3 »