Friday the 13th, also known as Black Friday, occurs when the 13th day of the month in the Gregorian calendar falls on a Friday. I didn’t just pluck this fact out of thin air or even from the very dark recesses of my brain, I took a trip to Wikipedia lol. 😉

This is generally considered an unlucky day but I haven’t always found it so myself (I actually got engaged on Friday the 13th – although the circumstances surrounding my engagement were certainly not the best). Halloween is generally the time of year I like to scare myself senseless watching horror movies or by reading a particularly scary book but Friday the 13th works for that too!

I was actually thinking to myself that some horror might just be in the cards this evening (although I am working tomorrow so will not be up too late). I thought it might be fun to share some of my favourite scary moments in movies with you all. I have already shared some of my favourite horror movies previously here.

There is absolutely nothing wrong with the original version of this film but it is the 1978 adaptation that really scared the pants off of me; especially this bit here:

Now I must pose this question to anyone who has seen this film; was anyone not completely freaked out at this moment?

Yeesh, I still get the absolute shivers watching this bit!

Pretty much the whole film! Honestly, despite this being an animated movie (aimed at children!) this film contains some really dark stuff. The book does too but the film really takes the cake, just look at the trailer:

This isn’t even really showing the whole nightmarish opening sequence which haunts me to this very day. If you like scary things, this is the film for you!

Jaws terrified me as a kid (I was even frightened to go in the bathtub for pity’s sake!) but the single most horrifying bit in the whole damn movie is that rolling head:

C’mon, you knew this would have to be on this list! This film is actually very cleverly crafted and designed to subvert the audiences expectations – the killer really isn’t who you would expect it to be at all. The ending in some ways does kind-of ruin the premise set up in the film but it really is just a genuinely scary moment!

These are only a few of my ‘favourite’ scary bits in movies. Most of them are clearly meant to be scary (although I am not sure what the filmmakers were on when they animated Watership Down) but there are some films which just have inadvertently scary moments.

What scenes would you pick from movies that just downright gave you the heebie jeebies? 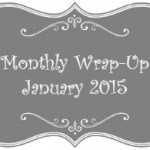