I couldn’t quite believe it the other day when my partner surprised me with this little (okay, actually quite bulky!) beauty. I love to play games and the Xbox 360 was my go-to console. We already have a PS4 so I was getting all settled down to play Dragon Age: Inquisition (which you will have heard me yammer on about if you have been following my blog!) on that even though I played the last two games in the series on my Xbox 360.

Lo and behold, my other half decided to treat me to an Xbox One! Now, this purchase may have been motivated by the probability of my hogging the PS4 for a few months (what can I say, if the other two DA games are anything to go by, I will be playing and replaying for quite some time) but I was over the moon about this (he really is a keeper). 😉

Dragon Age: Inquisition will be out on November 21st in the UK. I absolutely cannot wait to play this game – my excitement levels are pretty much sky-high!!

EDIT – Forgot to mention that this is a new feature on my blog whereby I will nerd out about all my latest obsessions not necessarily books! Hopefully it will be of some interest! 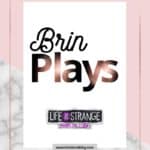 Brin Plays: Before the Storm Chapter 1 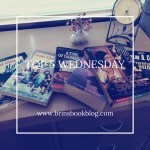 12 responses to “Nerding out about…my new Xbox One!”