2013 was a good year (reading-wise) for me. I found some great new authors and read a lot of truly amazing books. However, I would like to change things up a bit in 2014.

I really would like to concentrate on reading some of my ever-growing TBR pile. I barely made a dent in 2013 (kept getting distracted by all the shiny new books).

I have reduced my reading goal to 150 books for this year (it was 250 in 2013). I may not get as much downtime to read in 2014 and I also want to try and spend a bit more time writing reviews for my blog. I started off really well last year and was reviewing every book I had read in a fairly timely fashion. However that all went right out the window in the latter half of the year.

I will do my best to catch up with all my neglected reviews for books I read in 2013 but I want to make sure I do not fall behind with this year’s books. It is my personal ‘goal’ for the New Year!

To start with I would like to kick off my New Year by reading some of the books I got for Christmas plus some other books I really wanted to get around to in 2013 but somehow never found the time for!

Here are some of the books I aim to try and read in January: 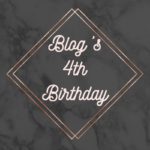