Books I’d Give To Readers Who Have Never Read… Fantasy

Most of the books listed are the first part of a series (there are very few standalone fantasy novels for some reason). The first books are often not my favourite entry but you have to begin with the first book (I cannot start a series part way through) and thereafter the rest of the series of course! 😉

Robin Hobb is my favourite fantasy writer and my love for her books began right here with Assassin’s Apprentice. The entire Realm of the Elderlings series is worth reading but this is where the magic really began. It is also where I was introduced to my favourite character of all time – The Fool. It is a series I would recommend to anyone wanting to try the fantasy genre.

This series beginning with The Bone Doll’s Twin was a prequel of sorts to the Nightrunner series, another favourite of mine, but I actually read this series first and thought it had the better overall story. It also throws up all sorts of questions regarding gender and sexuality that you normally do not find in a fantasy series.

This would maybe be seen as a controversial choice, considering this book subverts most usual fantasy tropes, but I love this series and would readily recommend it to someone to wanting to try a fantasy novel (albeit one with a bit of a difference) for the first time.

4. A Game of Thrones by George R.R. Martin

This series really needs no introduction. Yes, it is very dense and convoluted but it is one of the top fantasy series for a reason. Plus, for anyone who watches the series, the books help fill in bits and pieces of knowledge which just enhances the viewing experience IMHO.

This is one of the first fantasy series I ever read and it is one that I remain fond of to this day. It has a lot of pretty serious themes (rape and incest being pretty prominent)  but it is an amazing series with some truly unforgettable characters which I will always strongly recommend to anyone wanting to give the fantasy genre a chance.

I could not consider myself a fantasy fan if I didn’t try to recommend this book to any fantasy newbies! It is the granddaddy of fantasy books – not an easy read but one that has had the biggest impact on me personally so I will always try and get everyone to try and read this (whether they are a fantasy fan or not).

This book is something I would highly recommend for anyone making their first few steps into fantasy. It is pretty accessible while still having an intriguing plot and some interesting characters. Not all of the characters are particularly likeable but they feel very realistic. It is one of my favourite series.

8. Daughter of the Forest by Juliet Marillier

This is probably cheating slightly as this series is more historical fantasy but I am a huge Juliet Marillier fan and I am always going to try and pimp out her books! LOL 😉 I love the whole series but Daughter of the Forest is something special and perfect for anyone wanting to give fantasy a shot.

I love this series. If you are looking for a more YA-focussed fantasy with strong female leads then this series is the one I would recommend.

10. Finnikin of the Rock by Melina Marchetta

I actually think this series gets stronger with each entry but I would recommend starting with the first book Finnikin of the Rock (and stick with it – the series just goes from strength to strength).

Well, those are my suggestions – and yes I am completely aware that I am recommending my favourite books! A lot of these are what really got me into particular subsets of the fantasy genre though so I am not just trying to promote my favourites (promise)! What books would you recommend to a fantasy newbie?

Books If I Had A YA Book Club 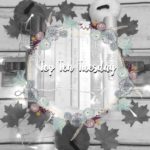 14 responses to “Books I’d Give to Newbie Fantasy Readers”