I know the whole point of this meme is picking top ten books, but I couldn’t narrow it down from eleven choices so I’ve decided to run with it – rules be damned! 😉 I love all of these books from varying different reasons and it was impossible trying to discard one of them so today there is a bonus choice.

“If this were a fairy tale, this would be the part where the fishboy appears and Diana shoots him through the heart. Because he is a tragic hero, he’s our fucking Gatsby, and he lived for his fish and he has to die for his fish.”

“When a monster stopped behaving like a monster, did it stop being a monster? Did it become something else?”

“So…why is your brother mean to girls?”
“Because,” said Michael from the doorway, “I have three younger brothers who think it’s hilarious to parade jailbait through here on a daily basis.”

“Wanderlust is like itchy feet. It’s when you can’t settle down. But Wanderlove is much deeper than that . . . it’s a compulsion. It’s the difference between lust and love.”

“It’s funny how you can forget everything except people loving you. Maybe that’s why humans find it so hard getting over love affairs. It’s not the pain they’re getting over, it’s the love.”

7. Aristotle and Dante Discover the Secrets of the Universe by Benjamin Alire Sáenz

“Another secret of the universe: Sometimes pain was like a storm that came out of nowhere. The clearest summer could end in a downpour. Could end in lightning and thunder.”

8. If I Stay by Gayle Forman

“And that’s just it, isn’t it? That’s how we manage to survive the loss. Because love, it never dies, it never goes away, it never fades, so long as you hang on to it.”

“For the first time in maybe my whole life, I feel dangerous and magical, like a dragon or a mermaid. A fury, standing there with my half-gone grape slush and my jaw clenched, ready for whatever comes next.”

“I guess love’s kind of like a marshmallow in a microwave on high. After it explodes it’s still a marshmallow. but, you know, now it’s a complicated marshmallow.”

“Daddy would call you his brave soldier boy, and you would believe it. When they lifted you out of that hiding place and smiled at you so proud, you didn’t feel like an eight-year-old at all.” 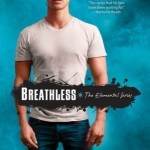 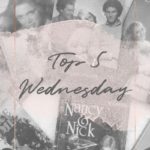 Series that Got Better