Top Ten Books I Almost Put Down But Didn’t

This week’s topic is interesting – there are many books I have almost put down but something compels me to keep going regardless. I have a problem where I find once I’ve started – I need to keep going. Here are some books which were pretty close calls:

I read and actually enjoyed the first book in the Twilight series somewhat despite myself. I did not enjoy the sequels as much even though I persevered and read all of them.

Fallen and Torment by Lauren Kate

I read the first book and didn’t love it. Then I read the second book and still didn’t love it. I stopped there even though normally I would make myself trudge through the series (my OCD kicks in and I feel like I have to stick with a series even when I am not enjoying it).

I read this entire book even though I wasn’t enjoying it. I haven’t read the rest of the series – and II have no plans to ever.

A m/m romance with zombies – I really wanted to love this but didn’t. I still finished the book though – I have a real problem with letting things go haha!

Even my OCD could not force me to read the rest of this series. I should never ave bought books 1 and 2 together – damn you pretty covers!

Falling for the Ghost of You

Annoying MC nearly made me hurl the book against the wall (more than once). I stuck with it to the end even though I kept getting more and more irritated.

The Shelters of Stone by Jean M. Auel

I loved the first book The Clan off the Cave Bear so much it hurts me that this series has just gotten progressively less enjoyable with each book. I will probably still be a masochist and read the last book at some point even though it will pain me to do so. 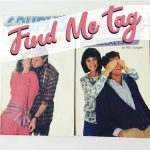 The Find Me Tag (Books to Fit Each Categ