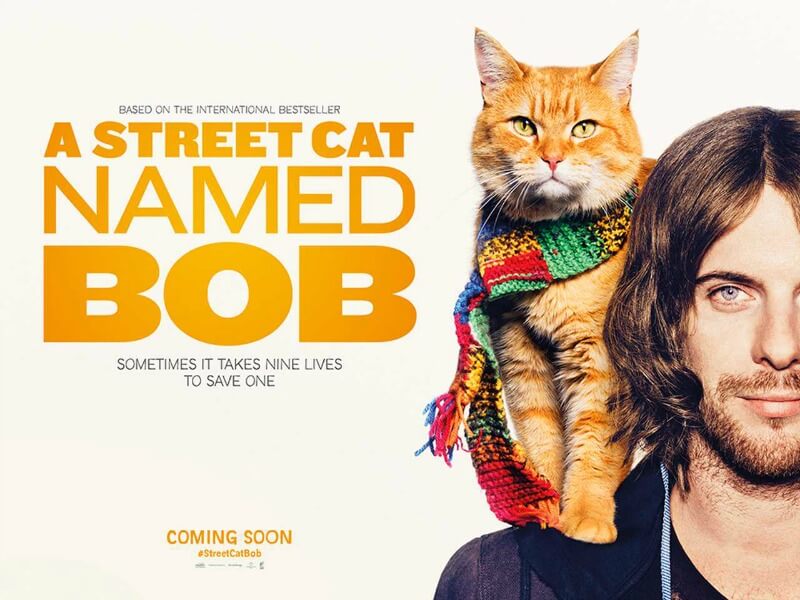 I haven’t actually read the book yet (I know, I know, I should have read this BEFORE seeing the film) but I really wanted to see this film so I put my book blogger hat away (and ignored the encroaching guilt that usually comes with seeing a film before reading the original source material) and settled down to watch A Street Cat Named Bob at my local cinema on this cold (really cold!) Sunday afternoon.

And I loved it. What a thoroughly beautiful, uplifting film.

Don’t get me wrong, I did rather suspect that I would like the film based on what little I know of James Bowen’s story, however I was not expecting the film to really hit me right in the feels as much as it did. It was a truly emotional experience for me and from what I could see, everyone else in the cinema too – there was nary a dry eye in the house towards the film’s end. Director Roger Spottiswoode did a tremendous job with this film.

The story is a simple one but often those are the best kind. It is the story of James, a homeless busker, who is adopted by the eponymous street cat Bob. Bob is a lifesaver for James (literally) and helps him through his drug addiction and recovery, given him a reason to get through each day. It really paints a true picture of what it is like to be living homeless on the streets of London, scavenging bins for food and being practically invisible to passers-by.

The performances in this film are spot-on. Luke Treadaway plays James with such a soulful presence. He was able to emote a lot of his character’s pain with just his eyes, his beat-down posture and shakiness showing just how on the brink of destruction he was before Bob came into his life.

Ruta Gedmintas also shone as the off-beat neighbour who maybe becomes something more. This character could have come across as a manic pixie dream girl (which is a trope I cannot stand) but Gedmintas was able to deftly side-step this and give her character substance and personality without overplaying her quirks.

I also enjoyed seeing Joanne Froggatt in a small but important supporting part and Anthony (Stewart) Head playing James’ estranged father (hello there Giles!) gave a lot of pathos to what could have been a thankless role.

However, the star of the show is, of course, Bob himself. What a delightful moggy he was too. I couldn’t help but smile every time Bob was on the screen (I am a cat person so can always be counted on to be entertained by feline hijinks). The mere presence of Bob ensured that the film never became too maudlin or melodramatic.

Overall, I was impressed by this film and will definitely be looking forward to watching it again when it comes out on DVD. Such a moving film and the fact that it is a true story just makes it that much more special in my eyes. A solid 5/5 paws!! 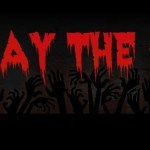 One response to “A Street Cat Named Bob: Film Review”