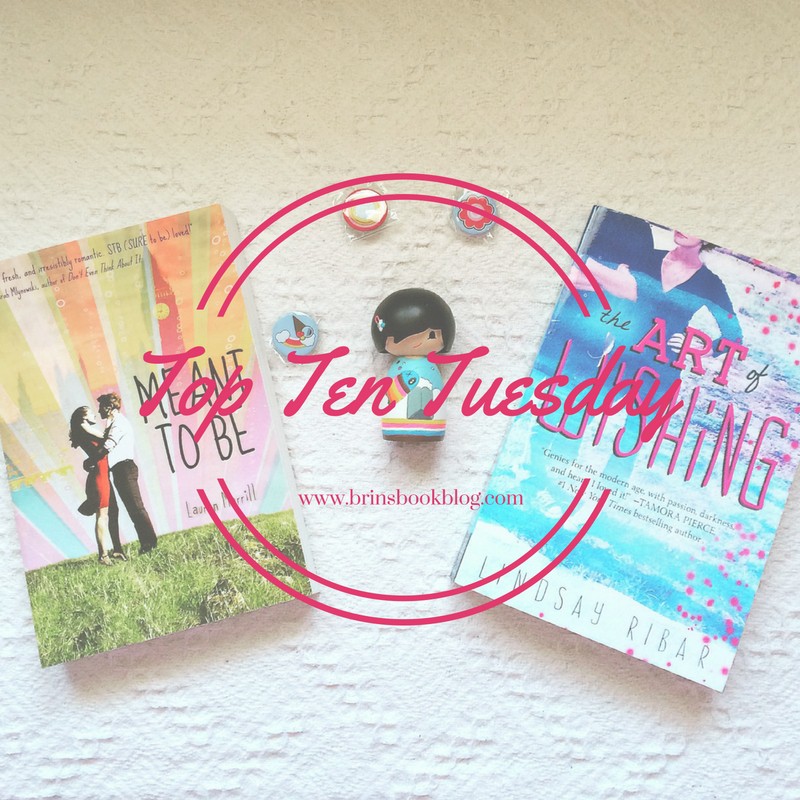 I love music. I mean, I really, really, really love music. The love of all things music was instilled into me from a very young age. My mum was really into music in a big way (and could play the guitar herself) and she always encouraged me to seek out new artists and try things outside my comfort zone.

Concerts were a really big thing in my household (I still love nothing better than going to a gig) and I really do have an eclectic taste due to all the various artists I grew up with. It really has influenced the bands/singers I love today.

However, when I sat down tonight and tried to come up with a list of ten favourite songs (try as I might I cannot narrow down my favourite bands/artists – there are just way too many of them!) most of my absolute favourites stem back to childhood. The vast majority on this list are songs my mum used to play. It’s comforting to play the music she used to love – it brings back so many good memories.

When I originally saw this topic I panicked a little (I just cannot get into audiobooks at all) but when I saw that you could put a spin on it to be about music I heaved a huge sigh of relief. 😉

God, I love this song. What’s not to love about Pink Floyd in general, but this one in particular really speaks to me. I just think it is an amazing song. It’s melancholy but beautiful and never fails to give me chills whenever I hear it.

One of my mum’s staples when I was growing up, this song grew on me as I got older until it became a firm favourite. It’s just so breezy and cheerful. I found myself listening to this one a lot right after Glenn Frey died.

I adore Queen with every fibre of my being. This song always gets me singing along (the only other song that gets me to do that is Whitney Houston’s I Wanna Dance With Somebody). I even once got up and sang this at a karaoke night (I was very drunk). Love it.

This is thee song I would want played at my wedding as the first dance. It’s just a truly beautiful song. You cannot beat Van the Man for soulful, heartfelt numbers.

I debated about this one a lot – it was a toss-up between Bookends and The Only Living Boy in New York – but this one just edged it out (slightly). It’s a really short song (super-short in fact) but it is just a lovely little melody and so haunting.

Again, this was a very close call between In My Life and You’ve Got to Hide Your Love Away. In My Life is a little bit more meaningful to me though so I just had to go with it.

Another one of my mum’s favourites! I actually also really love the Jeff Buckley version too but I have to give ‘ole Lenny kudos for writing such an amazing song and his gravelly voice just gives the song a bit more of an edge.

Joy Division are a band I only really got into in me twenties, but there is just something about them that really resonates with me. This particular song is an absolute blinder. Like most of their stuff, it is really bleak (Ian Curtis definitely was holding a lot of pain inside) but it is undoubtedly a beautiful song.

This song is just so rousing I cannot help but get swept up in it! I grew up on this stuff (my mum was a fan though she preferred the latter ensemble of Crosby, Stills, and Nash) and it sparks so many fond memories.

I have a hard time picking my favourite Bowie song (it changes week-to-week, month-to-month, year-to-year) but I have to go with Life on Mars in the end. It is a cracker and Bowie at his very best.

If you want to check out any of these songs, have a gander below at this Spotify playlist:

8 responses to “Top Ten Songs of All Time”