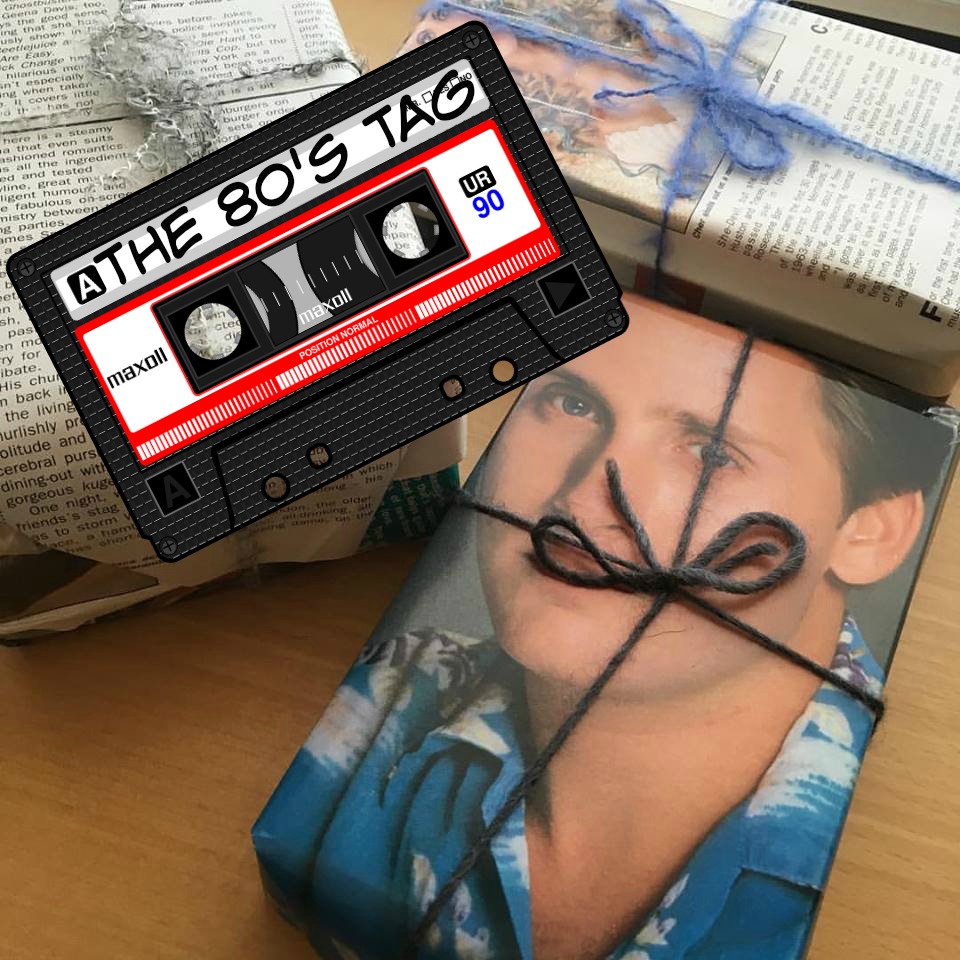 I came across this tag on YouTube by user Jess Lizama – I am so nostalgic for the 80’s at the best of times so I just had to appropriate this tag!

Thanks to Jess for coming up with this. It stirred up a lot of fond memories trying to think of answers for each question. I also added on a few of my own at the bottom!

When I was younger I would probably have gone with The Breakfast Club (I still love that movie) or Pretty in Pink but as I got older I started to have more of an appreciation for Some Kind of Wonderful and now view it as the best John Hughes movie (just in my opinion, of course). I also adored Stand By Me and it is still a favourite to this day. I always get pretty sad when watching the young River Phoenix play Chris Chambers with such sensitivity.

The Princess Bride was another favourite, as was Labyrinth (all the songs and the puppets – love, love, LOVE!!), The Neverending Story, Heathers (Christian Slater never looked better than he did in this movie), and Dirty Dancing – there are so many I just cannot possibly choose just one!

Hmm, definitely a tie between Dogtanian and the Muskehounds and She-Ra. Fraggle Rock was also a favourite although that was not strictly a cartoon (although they later made a cartoon version which wasn’t a patch on the original puppet show).

I loved The Wonder Years and Mork and Mindy. Oh, and Star Trek: The Next Generation!! I am a huge science fiction nerd and Star Trek owned my soul.

The Wonder Years was just such a charming show. I can remember sitting watching it with my mum so the memory of this show always leaves me feeling a little warm and fuzzy.

Favourite THING about the 80’s?!

The young adult books!! I have a whole section on the blog devoted to rediscovering vintage young adult books (it’s a bit sparse at the moment, mind, but the day will come) so it shouldn’t really come as a surprise that I picked this. 😉 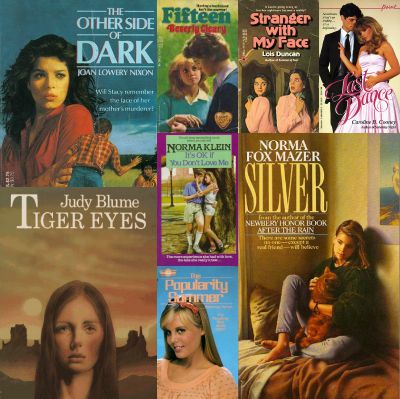 I cheated and went with the last year in the decade. 😀 It hides my age somewhat plus ties into one of my favourite artists Taylor Swift! 😉 I was still living in my small village attending the (miniscule) local primary school. Even then I was a voracious reader but I also adored taking dance classes!

You know, most of the cereals we had in the UK are still around in some form or another so this question is a bit of a toughie. I remember Toppas fondly but I’m sure they are still around just with a new name (just googled it – they are now called Frosted Wheats).

Leg warmers!! They were awesome (and kept your legs toasty warm in the winter – always a plus in Scotland). I was a dancer as a child too so they really did come in handy. Not all 80’s fashion trends were good, the less said about shell suits the better.

Favourite artist of the 80’s?

I loved The Bangles. Eternal Flame was an early favourite but I later preferred Manic Monday, Going Down to Liverpool, and The Glitter Years. Such memories!! Queen were also usually blasting from my stereo or to be more accurate my ghetto blaster!

Favourite song of the 80’s?

This is a really tough question! Looking back I would love to pick Love Will Tear Us Apart by Joy Division or Where Is My Mind by the Pixies but I was only vaguely aware of their existence in the 80’s (I really became a fan in the 90’s) so would therefore have to go with Livin’ On A Prayer by Bon Jovi, I Want To Break Free by Queen, or Don’t You Forget About Me by Simple Minds.

As much as I love 80’s young adult fiction, the majority of these books I actually read in the 90’s so I think it would be a bit of a cheat to include them here. Again, most of the books I was reading in the 80’s came from earlier decades. I was a huge Enid Blyton fan. I practically inhaled the Chalet School series by Elinor M. Brent-Dyer and various classics like The Secret Garden by Frances Hodgson Burnett also graced my bookshelf.

But when I think of 80’s books, I think of Roald Dahl. Matilda and The BFG were both written in the 80’s and they were absolute gems. 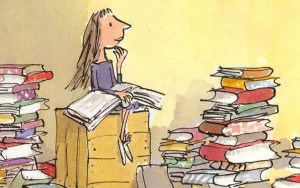 Madonna all the way. I always wanted to be just like her when she starred in Desperately Seeking Susan. I loved her style and attitude in the movie (even though in real-life I am much more like Rosanna Arquette’s character). I can also remember being absolutely fascinated by the case she lugged about in the movie and all the weird and wonderful things that came out of it. I desperately wanted one for myself!

I used to have such a crush on Barret Oliver! Especially in D.A.R.Y.L. – anyone remember that movie? I was younger than him so it was totally okay lol. 😉 He disappeared from the Hollywood scene in the late 80’s.

I also had a bit of a crush on James Spader – but only when he played Steph in Pretty in Pink – I know, I know, I was an odd bird back then (still am come to think of it) but he was pretty sexy playing a bad boy!

Favourite toy from the 80’s?

I loved my She-Ra dolls and My Little Pony’s but my favourite toy was the Keypers range – they were so awesome and you could tuck away your treasures inside them.

Favourite chocolate bar from the 80’s?

There were a lot of yummy chocolate brands that are now sadly discontinued but the one I remember most fondly was Fry’s Five Centre. My partner also bemoans the fact that you can no longer get this chocolate bar (like, a lot more than is healthy!!). I was especially shocked to see it has actually been off the market since 1992. 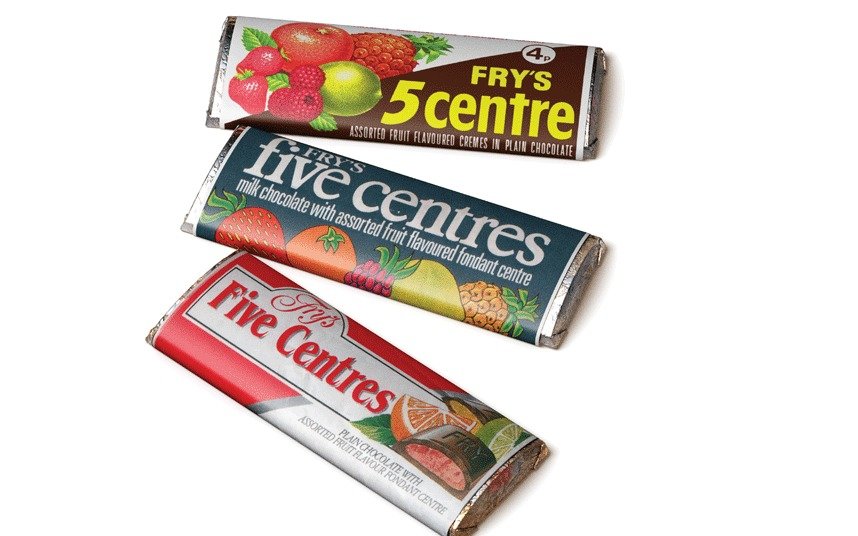 I still really miss this chocolate bar. 🙁 Does anyone else remember Fry’s Five Centres? They were the business, like!

Let me know in the comments below. If anyone wants to do this tag – consider yourself well and truly tagged! 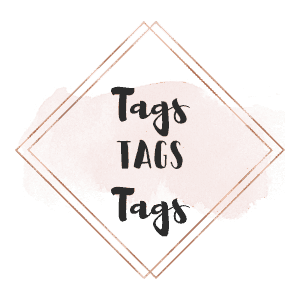 Books that Give Off Summer Vibes

Love Interests I Would Have Broken Up Wi 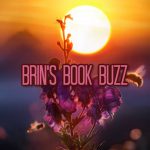 « Hiatus No More! Woohoo!
Characters Who Are Fellow Book Nerds »